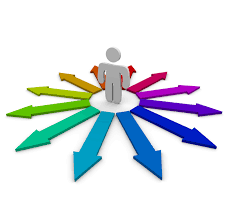 Finally was able to drag myself out of a movie watching spree…because I knew I had to blog*was partly dizzy though*:) I was asked to write on planning and it went like this. Do realize that this is so important… in fact, you really shouldn’t blink until you are done:D

I flipped through the pages of history to the year 1863, when Otto Von Bismarck set out to form the German empire. This he did by reason of a plan.

In those same pages, the year 1510 experienced an obsessed gold adventurer (Balboa) who was unable to discover El dorado, still by reason of a plan.

Your plan aids your accomplishment and note one truth, such plan must be effective.

Planning denotes a fore thought, it is the process of thinking about and organizing activities required to achieve a desired goal.

Imagine this, how effective do you think the 365 days of your year will turn out without a properly planned road map.

In that light, it is not enough to plan, you must know how to, why to and you must follow through with your plans in order to hit accomplishment.

A Harvard study conducted between 1979 and 1989 of MBA graduates showed that 3% of the graduates had written goals and plans, 13% had goals but not written and 84% had no specific goals at all. Ten years later, the 13% were earning on the average twice as much as the 84% of those without goals. The 3% surprisingly were earning on the average ten times as much as the other 97% of the graduates all together.

The truth on Planning is that clarity of goals is essential. Do not just have mind goals, have written goals:)

Creation of Planning Premises: This constitutes the establishment of strategies needed for the accomplishment of your plan. The truth about strategy is that your strategies keep you on the fast track and help check for deviations. As a matter of fact, strategy was first used in the military expedition in preparation for war.

Choice of alternative course of action: This step explains the need for back up plans. The truth on this is that back up plans reduce changes of failing and ensure accomplishment of plans. The Fact is 70% of decisions that you make will turn out to be wrong in the fullness of time, hence the need for backup plans.(“How to get anything you want faster” Brian Tracy)

Follow Up: This is the appraisal phase of planning. Having an appraisal pattern enhances your accomplishment because it makes room for a reward system.

In conclusion, Otto Von Bismarck’s success could be linked to this quote by Urwick, “Planning is a mental predisposition to do things in orderly ways, to think before acting and to act in the light of fact rather than guesses’ You must set objectives, derivative plans, strategize, back-up your plans and follow up on them plan in order for you to be fully accomplished.

Remember, your planning is directly proportional to your accomplishment rate.

Thank you for listening.

Now, wouldn’t you rather plan?

4 thoughts on “TRUTH ON PLANNING”

Blessing is an advocate of dream actualisation who, from a young age, has remained passionate about inspiring great minds to achieve laudable strides within their unique spheres of influence. She writes, blogs, speaks and laughs exhaustively. 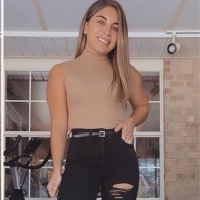 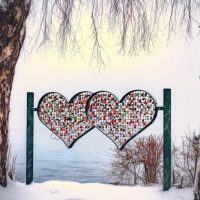 -Reviews, Advice & News For All Things Tech and Gadget Related-

More Than a Newspaper

…accepting, exploring & extending myself by God’s word to fulfil a Godly purpose

Foundation Operation X for languages, cultures and perspectives
What Will It Be

Sharing adventurous stories, useful tips on travelling, exploring and enjoying the World on a budget.

Prime my subconscious, one hint at a time

True wealth is the wealth of the soul